Company Showcase – The Freedom To Communicate 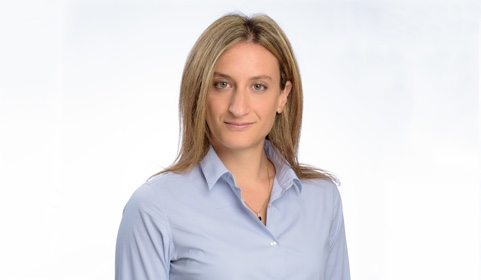 Israeli development of an innovative eye movement-based communication system gives movement-impaired patients the ability to communicate with their surroundings. The system’s future development may be extended to also include its use in smart homes and entertainment systems.

A need leads to a solution

The late Shay Rishoni, who was diagnosed with ALS, woke up in the middle of the night with difficulty breathing. The eye-movement communication system at his disposal at the time was not on while he was asleep, so he was unable to communicate his distress. As luck would have it, his caretaker, who just so happened to be entering the room, saved his life.

One of the difficulties people suffering from muscular dystrophy and head, spine and stroke injuries is communication with their environment. These are usually patients with normal cognitive and intellectual ability, but in the absence of motor skills they are unable to communicate and are in fact imprisoned in their bodies.

The solutions available to date in the market combine computer or tablet technology with cameras that follow a patient’s eyes or face. The problem is that most often patients avoid these aids because they have to re-adjust these each time to communicate, causing a communication gap, sometimes at the most critical moment. Orr Ratzkin and Itai Kornberg, the founders of EyeControl, have a personal connection to muscular dystrophy. Ratzkin’s grandmother died of muscular dystrophy and Kornberg’s friend died of Duchenne disease. Together, they joined Shay Rishoni and founded the company in 2016. Rishoni, a businessman and athlete diagnosed with ALS who carried out extensive public activity in promoting ALS research and awareness, passed away about a year ago.

Being in urgent need to assist Shay Rishoni and other ALS patients,  EyeControl developed a game-changing system that maintains continuous, 24/7 communication independent of an external screen, something previously not possible.

EyeControl is an apparatus light in weight that is worn on a patient’s head. A voice indicator connected to a speaker attached to the upper jaw bone (bone conduction) allows users to listen to a menu and select the appropriate option by eye movement (for example, blink once for double click), which is tracked by the head unit’s camera. The system has unparalleled adaptability permitting users to communicate through eye motions according to the best of their ability. Communication enabled by the system happens through a speaker or a Bluetooth/Wi-Fi allowing connection to a number of other peripheral devices. The system also enables audio in one language and output in a variety of languages for communication in environments where the patient’s language is not spoken. Because the menus are played to the patient through bone conduction, this gives them a private domain only they can hear and navigate within, unlike all systems today that display navigation on an external screen which, in addition to being difficult and inconvenient to use, is visible to the surroundings.

While other eye-based communication solutions employ eye tracking and selection by screen icons on a screen (and thus simulate physically selecting on a touch screen or using a mouse), the EyeControl system implements a much more intuitive and easy-to-use solution for users, one that produces a more accurate result using the eye as a kind of joystick. Through this, the EyeControl system obviates the screen-dependency of other systems.

The independence that the EyeControl system gives its users has a dramatic, game-changing effect on the users, their families and the care-takers. Unlike other systems that require arduous training and a calibration period that may be very burdensome for patients, the EyeControl system requires no calibration and only a brief training. The Israeli Foreign Ministry presented the system in 2017 as a breakthrough, life-changing system. EyeContrl has won several awards for its groundbreaking technology and it has also been exhibited at the Peres Center for Peace and Innovation.

EyeControl is today available for home, was approved for use by the health authorities in the UK and in Israel and approved as eligible for reimbursement in the US. The company is conducting clinical trials in medical institutions and is engaged in a number of partnering discussions.

Looking at the future with a robust patent strategy

The company’s founders clearly understood from the start that protection of the intellectual property underpinning the invention is an important strategic asset for the company’s growth. This is especially so given the technology’s capacity for use in areas outside of medical devices, such as smart homes, self-driving cars, and recreation, gaming and entertainment. The company has understood the critical strategic importanceof intellectual property protection and has filed patent applications worldwide.

As in many other cases, here, too, patenting is a key tool for gaining a competitive edge, especially in a dense, competitive arena full of large, resourceful players with large-scale global marketing advantages. The company has a multi-layer patent strategy covering various aspects of the company’s technology.