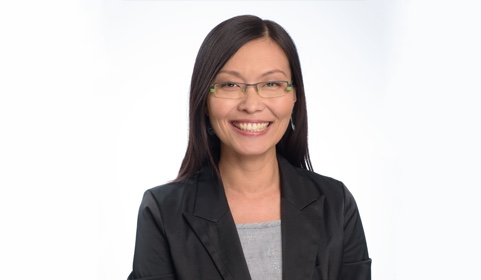 The Israeli Supreme Court recently issued an important and precedential decision recognizing, for the first time, the enforceability of Chinese court decisions in Israel.

In order to execute in Israel and collect monies due in accordance with a judgement rendered by a non-Israeli court, an Israeli court must first “recognize” such judgement. According to the Israeli Foreign Judgments’ Enforcement Act, one of the conditions for such recognition is “the reciprocity requirement”, i.e., potential enforcement of Israeli judgements in a corresponding situation in the foreign country. The recognition of a Chinese judgement as enforceable in the current case assumes that China would mutually enforce Israeli judgements in its territory, even though actual enforcement of Israeli judgements by China was not proven. The Israeli court openly declared that it takes the first step, to facilitate future reciprocity.

The recent judgement lends an additional layer of legal certainty to the growing and intensifying commercial ties between Chinese and Israeli businesses.

In 2008 an Israeli company and a Chinese company signed a contract for recruitment and delivery of Chinese builders for construction projects in Ukraine. The Chinese company, Jiangsu Overseas Group Co. Ltd., engaged in contract work for engineering projects out of China (exporting manpower, production and services supply, etc.). The Israeli company, owned by Yitzhak Reitman, an Israeli-based contractor, engaged in assigning workers for different projects around the world (Mr. Reitman spent time in China as a part of his business activity).

At the end of the legal proceedings against him, Mr. Reitman was obliged to pay the Chinese Company USD 551,400 (equivalent to approximately CNY 3,528,514.29) and CNY 8,372,615.32 (equivalent to approximately USD 1,308,489.25). Mr. Reitman eventually secured his exit from China before the judgement was given by the Chinese Court, and therefore the judgement was never executed.

The Chinese Company filed a petition to the Israeli District Court in Tel Aviv requesting the Court to declare that the Chinese judgement is enforceable according to the Israeli Foreign Judgements’ Enforcement Act. The Act prescribes certain conditions for enforcement of a foreign country’s judgement, most of which are listed under articles 3-4. Article 3 permits an Israeli court to declare that a foreign judgement is enforceable if it is executable and no longer appealable, it was given by a court authorized to do so (all by the laws of its country) and the obligations under the judgement are enforceable by Israeli law. All of these requirements were satisfied in the current case.

In an earlier case related to enforcement of a Russian court decision (CA 3081/12) the Israeli Supreme Court decided that a reasonable possibility of enforcement satisfies the requirement of reciprocity. Based on this decision, and even though there was no proof for previous enforcement of Israeli court decisions in China, the district court held that the Chinese court’s decision is enforceable in Israel. The district court also ruled that the burden of proving that a Chinese court will not enforce Israeli judgements rests upon the defendant. Mr. Reitman provided no such proof in the case at hand.

The defendant appealed to the Israeli Supreme Court, which upheld the decision of the Tel Aviv District Court. The Supreme Court (Honorable Justice Danziger) explained that the need of enforcement is derived from the desire to prevent creation of a “vicious circle” where no country enforces the court decisions of another country. Justice Danziger also stressed that the decision to enforce the Chinese court’s decision is related to the strengthening of commercial relationship between the two countries. A decision not to enforce Chinese court judgements might hurt business certainties and the described development of the commercial relationship. Mr. Reitman’s appeal was therefore dismissed.

Israeli court has taken the first step in enforcing Chinese court decisions based on the assumption that China would do the same in the future. The judgement’s precedent helps strengthen the warm business ties between the countries and contributes to the certainty of Chinese companies doing business with Israeli companies. Chinese companies can now rest assured when doing business with Israelis in China, knowing that if assistance regarding any dispute settled in China is needed from Israeli courts, it will not be ignored.

To the article in its Chinese version – Click here.