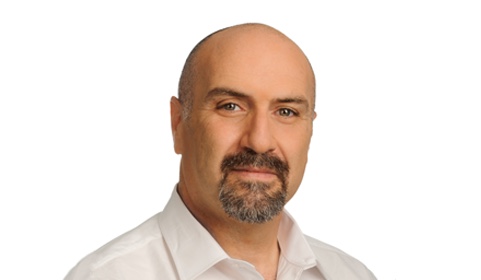 On January 20, 2014, the Israeli Parliament (the Knesset) completed the legislation process of an amendment to the Patents Act, overhauling the patent term extension (PTE) system1. This Amendatory Act, which significantly reforms the PTE system in Israel, was published in the Official Gazette (Rashumot) on January 27th, 2014, entering into force2. Failure to observe the revised PTE provisions might result in a loss of rights. Pharmaceutical companies that plan to obtain marketing rights for their drugs in Israel and that wish to enjoy extended patent rights under the PTE provisions, should carefully review their current SOPs pertaining to PTEs, in order to determine the appropriate changes that may be required.

No More Time Extensions for Submitting a PTE Application

A PTE application must be filed within 90 days of the drug’s first registration by the Israeli Ministry of Health (“MoH”). Hitherto, if the Patentee missed the deadline, the ILPTO had power to retroactively extend the time for making the submission3. The Amendatory Act abolishes this power. Consequently, failure to meet the deadline may now result in loss of rights.

The Amendatory Act changes the scheme. Henceforth, PTE applications must be filed within 90 days of the drug’s registration, even when the patent application is still pending. However, examination of such a PTE application will commence only after the patent grant.

One of the aims of the Amendatory Act is to ensure a final disposition of PTE applications sooner rather than later8. Accordingly, the Amendatory Act now provides that the examination of PTE Applications must begin within 60 days of submission9 and must end within 60 days of the later of the commencement of examination or from the date the applicant provided the ILPTO with the information it required to complete the examination10. These provisions apply to PTE applications that will be filed after the Commencement Date of the Act.

In addition, it will not be possible to obtain more than one extension of time for response to an Office Action during the examination period of a PTE application submitted after the Commencement Date.

Since 2006, the Patents Act provides that in the event that a marketing authorization is issued in the U.S. or in Europe, a PTE Order will not be issued in Israel unless the term of the relevant U.S. or European patent was extended (the so-called “Two-States Requirement“).

In view of the new scheme that calls for a relatively accelerated examination, it was envisaged that a situation may occur, whereby at the time of the examination of the Israeli PTE application, all other conditions for the grant of the PTE may be met, but the PTE/SPC requests in the U.S. or in Europe may still be pending.

A notification regarding the grant of a U.S. PTE or a European SPC can be made up to 90 days after the expiration date of the patent, provided that the corresponding U.S. PTE and European SPC were granted before said expiration. This deadline is also non-extendible. Again, failure to meet the deadline may result in a loss of rights.

Reduction in the Number of Reference Countries

Other revisions include introducing a definition of a “Reference PTE Order,” amendments to the provision relating to the expiration of Israeli PTE Orders as a result of changes to Reference PTE Orders, and others. The effects of these revisions will be mostly case-specific and will, thus, have to be evaluated on a case-by-case basis. There are additional revisions introduced by the Amendatory Act, which will be reported on separately.

Time will tell how the above amendments will affect the Israeli PTE landscape.

2 The date the Amendatory Act is published is its commencement date (“Commencement Date”).

By way of general background, we would like to remind that in February 2010, the Israeli government and the USTR signed a Memorandum of Understanding, in which Israel undertook to amend its IP legislation in three areas. The first area was marketing exclusivity: in 2011, the Pharmacists Ordinance was amended, extending the exclusivity period from five to six years. The second area was early publication (after 18 months) of patent applications and introduction of the entitlement to reasonable royalties’ compensation for infringement that occurred after early publication and until acceptance of the application: in 2012, the Patents Law was amended by introducing such provisions and certain additional amendments (see our May 1, 2013 Newsletter). The latest amendment concerns the third area; namely, patent term extensions.

4 The person who is responsible for submission and monitoring of the application for marketing authorization in Israel.

5 See our February 17, 2013 Newsletter. After the drug is registered, the manufacturer must submit a sample of the first batch for analysis by the MoH’s institute, to receive actual permission to market the drug.

8 Subject (of course) to rules of reason and legality.

10 New Section 64N(B) of the Patents Act, 5727-1967. As noted below, a different time restriction applies to PTE applications that were pending on the Commencement Date.

11 As long as the PTE/SPC is granted no later than the expiration of the patent.

12  However, such supplemental opposition can relate only to the fact of grant of a U.S. PTE and European SPC with respect to the corresponding patent.