Do You Have a Culinary Innovation? Then Keep It Exclusive 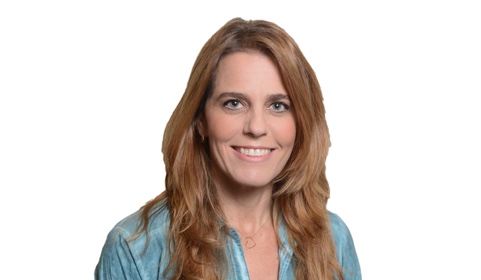 It was reported this past May that the world’s largest snack company, Mondelez, had opened an Israeli agency that would invest in Israeli foodtech companies that would provide solutions for the next generation of food and beverage. It was also recently reported that the US food company Mars, which specializes mainly in the manufacture of sweets and animal feed, has crossed into the health food industry in cooperation with the Israeli venture capital fund JVP (Jerusalem Venture Partners) in order to identify technological ventures and investments in Israeli food tech, which will focus on food, agriculture and healthy nutrition, in cooperation with research and academic institutions, including universities, with millions of dollars in investments – putting Israel solidly on the map.

The food and beverage industry, an $11 trillion a year global industry, includes a range of products and services, including snacks, food packaging, recipes, food ingredients and restaurants. All the people in the world are consumers in the food market, and the number of consumers is expected to grow from about seven billion people today to about nine billion by 2050. The food industry thus faces the challenge of providing food to a growing population with a growing demand for sophisticated food products, and this stands against the difficult backdrop of depletion of land and other food sources worldwide. This industry must also provide food for billions of animals. There is, therefore, a growing need for new technologies in the food industry.

Another challenge facing food manufacturers is regulatory processes, in which the state demands healthier, higher quality food (no trans fat, reduced sugar, reduced salts, no allergens, etc.), using raw materials and manufacturing processes that cause minimal damage to the environment. Food manufacturers in Israel and around the world understand that creative solutions are needed to provide the consumer with food, both natural and processed, that satisfies all palates while conserving the environment. All these are the basis for the rise of the food tech industry and for turning Israel, the “startup nation”, into a world-class food leader.

Food tech, an industry which is really taking off, combines intelligent technologies adopted from other areas of technology, such as robots and drones, big data and data analysis, virtual reality, artificial intelligence, machine learning, blockchain technology and 3D printing, with the world of traditional agriculture and the consumer’s demand for healthy, natural food that protects the environment. The combination of these spheres is leading to a worldwide revolution in the $11 trillion annual market and creates an opportunity for entrepreneurs and researchers in Israel to be part of Israel’s transformation into a technological force of knowhow in the food industry.

In Israel alone, there are more than 300 food tech venture projects, with an investment of more than $17 billion for ventures in this field in 2017 alone, as well as corporate activity of more than 200 companies, technological incubator activities focusing on the food and agriculture industry, and research and development in established food company sector, such as the Strauss Group and Tnuva, as well as in academic institutions. It is also impossible to ignore the expected contribution that will strengthen the field in Israel from the establishment of the food tech business accelerator in the Galilee by JVP, the Ministry of Economy, Maof in Kiryat Shmona and the 8200 Association. JVP’s chairman and founder, Erel Margalit, explains: “Our job is to connect all the players, academia, multinational companies and entrepreneurs under one platform to promote cooperation in order to make Israel and the Upper Galilee a center of global innovation in the food industry.”

Maintaining exclusivity in the food industry

In food tech, as in any field of technology, creating economic value for a company or an enterprise from its development and innovation depends on maintaining exclusivity. Without exclusivity, the products of creative thinking become public property immediately upon their publication or entry into the market, and the result is that each competitor can produce and market the product  which sometimes considerable effort and money was invested in. In order to create an economic and business advantage, legal mechanisms are usually appealed to, inter alia, under intellectual property protection laws.

Sometimes exclusivity can be maintained through trade secrets (under the Commercial Wrongs Law), which play an important role in the food industry – for example, combining specific food ingredients or a recipe for preparing a food product with unique flavor qualities, the processes for preparing the food product, and any internal information that can give an economic advantage to the business over competitors and that they do not want disclosed to the public. The classic example of creating an economic advantage by keeping technological development secret is the Coca-Cola drink. Coca-Cola’s story begins with a physician and pharmacist named John Pemberton who in 1886 set up a pharmaceutical company and began to patent a large number of drugs he invented. One day, Pemberton concocted a new drug based on the coca plant and the African kola nut, combined with water and sugar. Although the kola nut was full of caffeine and coca, Pemberton added more caffeine and made the drink particularly stimulating. Pemberton noticed that the new drink actually cures headaches and helps with digestive problems, but that it also tastes good on its own and could succeed in the beverage market. After joint consideration, Pemberton and his partners began marketing the new drink as a “tasty” drug. After some years, and under pressure from his peers, in 1929 a coca plant element containing cocaine was removed and the drink simply became a beverage brand. The formula was kept secret over the years by a handful of people until it was discovered and published in 1927 in the local newspaper in Atlanta.

However, the value of trade secrets, despite their great importance, is generally limited, if only because of the difficulty of protecting a secret, wherever it may be; and it is important, insofar as possible, to protect the products of innovation by registering rights in a clear and regulated manner. Without registration and ensuring exclusivity in this way, an enterprise’s chances of securing launch and progress in a product’s development and marketing are generally slim.

Patent as a tool to protect food development

One of the most important forms of protection new technologies is the patent. Among other things, a patent may be registered on new ingredients such as natural sugar substitutes, gluten-free flour and protein substitutes, on new food products, such as reduced sugar and starch foods and cultured meat, smart packaging, technology in the production chain and more. The patent is a legal document that protects technological development (be it product or process) and enables its owners to prevent others (for example, a competitor) from using technology without permission. The patent is a territorial asset and confers the right to it for 20 years. In order to obtain a patent, the technological development must be novel, useful, have an industrial application, and must not be obvious in light of the previous publications (“prior art”) in the world.

Dr. Micha Shemer and the late Aviezer (Gazi) Kaplan may be regarded as the food innovation pioneers in Israel , who in 1985 developed a ready-made soy schnitzel to provide the public with fast and healthy food and a solution for consumers who wish to consume a balanced diet without meat. Over the years and recognizing the need for exclusivity, the company Tivall has been careful to register patents in Israel and around the world.

The search for plant substitutes has not stopped, and today there are many startups that develop raw materials from plants. An interesting startup is Unavoo, which developed a sugar substitute based off stevia, which lacks the bitter taste known from stevia-based sugar substitutes. Like the founders of Tivall, Unavoo recognized the need to create a business advantage over its potential competitors and filed patent applications and even obtained patents on its technology. In recent years, customized food has been seen as gaining momentum, and as a result, the number of patent applications filed in this area has increased. Many scientists are increasingly discovering the advantage of a microbial-supporting diet by combining “good” bacteria with food products to enrich the bacteria population in the digestive system in a way that is tailored to the consumer’s needs, even to the point of treating diseases.

In recent years, the high-tech world has also been meeting the food industry in developing innovative technologies for 3D printing food and increasing the number of patent applications and patents obtained on such technologies. In Israel, the company Eat-Jet, headed by Ashchar Ben Shitrit, develops 3D printing technology for vegan meat replacements. The world’s first food printing restaurant, FoodInk, was founded in 2016 and operates as a pop-up restaurant, offering a menu that includes nine gourmet servings, with all products printed in a matter of only minutes.

It is also important here to mention private businesses, such as restaurateurs and chefs who have undoubtedly created countless technological solutions for their daily needs, where most of these solutions are in fact patentable. However, in the absence of an understanding of their ability to protect them, their knowhow is transferred over to the public domain, all without consideration. Moreover, those who engage in the culinary arts and who come into contact with consumers every day are exposed to the public needs and demands, and these can be the starting point for new ventures and even collaborations with research and development as well as commercial companies.

Design exclusivity in the culinary world

A design in the culinary world can also be protected by registering a product design. A design is the appearance of a product or part of a product consisting of one or more visual characteristics, including an outline, color, shape, decoration, texture or material from which they are made. Product may include a set of items, packaging, a graphic mark, a screen display, and more. Like patents, design protection is territorial and grants rights to its owners for at least five years and even up to 25 years from the date of filing the design registration application.

A classic example of a food product whose design  has been protected is the Toblerone chocolate and its triangular row structure, which was registered in the 1970s as a proprietary right both under both design and trademark law.

But there is no need to go so far back in time; today you can see countless registered designs that give their owners exclusivity over cake shapes, including the inside of cakes, chocolates and pralines, shapes of breads and other pastries, the design of dishes to the new design of furniture in the restaurant, where all of these registrations are made possible because of the product’s uniqueness easily perceived by the eye. Hence, any product or process in the food industry in general and the world of food tech in particular can be an asset beyond its sales, and when creating new food products, proprietary protection should be considered.