Israel Will Become an Active Member of the Madrid Protocol as of September 1, 2010 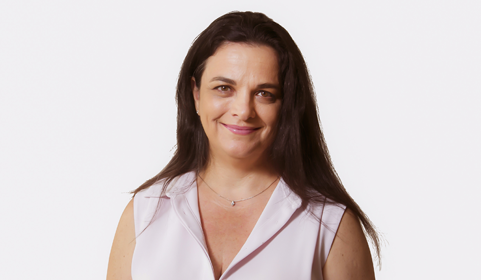 EXTENDING AN INTERNATIONAL REGISTRATION TO ISRAEL: ISSUES TO CONSIDER

Israel is an examining country, meaning that a trademark application is examined and may be challenged based both on absolute and on relative grounds of registerability. Strict examination standards are applied by the Israeli Trademark Office in matters of inherent registerability and distinctiveness, particularly in respect of non-traditional marks. Moreover, even when the mark as a whole is inherently registerable, acceptance is often subject to a disclaimer of the exclusive right in certain components of the mark. The Office also applies a relatively strict policy in respect of the description of goods and services, allowing very wide descriptions only in exceptional cases. Relative rights, namely registerability vis-à-vis earlier registrations and applications, are also being examined by the Israeli Trademarks Office.

Occasionally, local obstacles to registration may surface, even where corresponding marks in other jurisdictions were not considered a registration bar, due to the differences between the Latin script and the Hebrew script1.

Seeking trademark protection in Israel through an extension of an International trademark may, no doubt, involve some cost-saving at the filing stage. However, many such designations to Israel are expected to be initially refused by the Office while applying the examination standards briefly discussed above, with the consequent need of trademark applicants to engage in active prosecution with the associated examination-related costs.

In summary, while those applicants currently using the Madrid Protocol should naturally wish to designate Israel as well, as part of this process, rather than filing nationally in Israel, they should nonetheless carefully consider the specific trademark concerned in the Israeli context. In any event, proceeding via the Madrid Protocol would not obviate the need to clear the mark by a local availability search.

INTERNATIONAL TRADEMARK EXTENDED TO ISRAEL AND USED UNDER LICENSE

The legal requirement to record a license has several important implications. For one, non recordal of the license where the only use is by a non-recorded licensee, renders the registration vulnerable to cancellation on the grounds of non-use. Furthermore, use of a trademark by a non-recorded licensee brings up a risk of loss of the distinctive character of the mark, as well as uncertainty as to the rights in a trademark in case of a conflict between the registered trademark owner and a past licensee.

The need to record a license and the implications of not doing so apply also to an Israeli extension of an International registration.

Trademark owners should, thus, take note and make sure to timely record a license in an Israeli extension of an International registration so as not to lose their trademark right.

MODIFICATION OF A TRADEMARK WILL NO LONGER BE POSSIBLE

The current law includes provisions that allow a trademark to be modified in a manner that does not substantially affect the distinctive identity of the mark. However, according to new provisions with effect as of September 1, 2010, a trademark owner will no longer have the option to modify a registered (or pending) trademark.

There is still an opportunity to modify existing registrations and pending applications until August 31, 2010. Thus, brand owners would be wise to review their Israeli trademark portfolio, particularly their stylized and device trademark registrations, and consider modifying existing trademark registrations which, while substantially similar to the current version of the mark as used, are, nonetheless, not up-to-date.

Currently, a trademark is initially registered for 10 years with subsequent maintenance fees extending the terms by 14 years each time. This 14 year term has now been shortened to 10 years. Existing registrations that will be renewed up to August 31, 2010 will be renewed for 14 years, whereas thereafter the new 10-year term will apply.

1 At times two trademarks, that are considered to be distinct from one another in their Latin script, may be regarded as confusingly similar in their Hebrew transliteration and vice versa.